I've always been a firm believer of practice makes perfect. Why?

Let's flash back to secondary school and university.
As a secondary school student, I always had to present for Bahasa Malaysia's literature when I was in form 4. Then, I always took on the role of emcee during daily morning assembly. Then fast forward to university years, I always had to present for most of the subjects I've taken. About 90% of them, including Final Year Project that is. That excludes math and design.
Hence, I had a lot of practice when it comes to speech, presentations and just speaking as a whole. Since frequent opportunities arose for me to practice speaking, it made it much easier to just speak to even a stranger, as long as I know the topic to touch upon.
Speaking isn't easy at first. Of course for many, the first few times when they speak would be heart-racing. Some would say it's not for the faint-hearted. However, that is the chance to improve. Even just for a tiny moment. Having the opportunity to speak is something that not many would have. Most of the time, we're asked to be silent. So why not? If there's a chance, grab on to it. Use it as practice. Believe me, as you go on, you'll add that bravery into your own character. Once you practice and practice more, you'll be confident enough to speak up.
You won't know how to improve yourself if you don't try first, then make it a habit to practice pronunciation, grammar, sentence structure and whatnot. Without practice, you'll forever be wondering if you could actually speak in English.
That is a chance for personal development!
Labels: bravery confidence practice. speaking 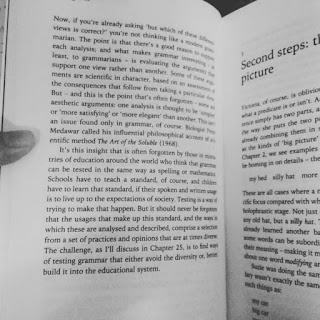