Great word choice is something we rarely see these days

When I read the article, I was amazed with the word choice. A rare gem these days. So, if you're looking for ways to write articles and the like, read the writeup and ready a dictionary if you must. Until then, enjoy!

P.S. Kids, don't run away like that. Pity your parents who have to chase you, yeah.
By the way, primary school would be the best time in your childhood.

I've always been a firm believer of practice makes perfect. Why?

Let's flash back to secondary school and university.
As a secondary school student, I always had to present for Bahasa Malaysia's literature when I was in form 4. Then, I always took on the role of emcee during daily morning assembly. Then fast forward to university years, I always had to present for most of the subjects I've taken. About 90% of them, including Final Year Project that is. That excludes math and design.
Hence, I had a lot of practice when it comes to speech, presentations and just speaking as a whole. Since frequent opportunities arose for me to practice speaking, it made it much easier to just speak to even a stranger, as long as I know the topic to touch upon.
Speaking isn't easy at first. Of course for many, the first few times when they speak would be heart-racing. Some would say it's not for the faint-hearted. However, that is the chance to improve. Even just for a tiny moment. Having the opportunity to speak is something that not many would have. Most of the time, we're asked to be silent. So why not? If there's a chance, grab on to it. Use it as practice. Believe me, as you go on, you'll add that bravery into your own character. Once you practice and practice more, you'll be confident enough to speak up.
You won't know how to improve yourself if you don't try first, then make it a habit to practice pronunciation, grammar, sentence structure and whatnot. Without practice, you'll forever be wondering if you could actually speak in English.
That is a chance for personal development!
at February 11, 2021 No comments: 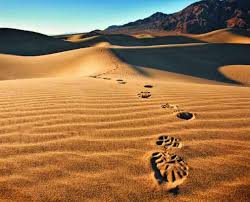 In the midst of what I cannot see
I go on, fight again,
To see another tomorrow
That which I cannot promise to see.
As the sun goes up,
These two eyes opened
These muscles extend
Another blissful breeze that blew
And my ears heard the chirp of birds
Today, I have another day.
Even with weakened limbs,
Memories that seem to fade
Quicker than any other
Sadness that seeps in without warning,
I fight on,
I move on,
For I'm a warrior.
I'm one of the lucky ones among those with Multiple Sclerosis in Malaysia. I have many options to choose from when it comes to DMD/DMT. At first, I started on Interferon Beta 1a (Rebif) and it worked for 2 years.
Continue reading »
at February 06, 2021 No comments:

Great word choice is something we rarely see these days

Article:  Primary 1 boy with first-day jitters flees Pahang school, pursued by guard When I read the article, I was amazed with the word cho...

Classes are done only on weekends from 10am to 1pm, based on request.